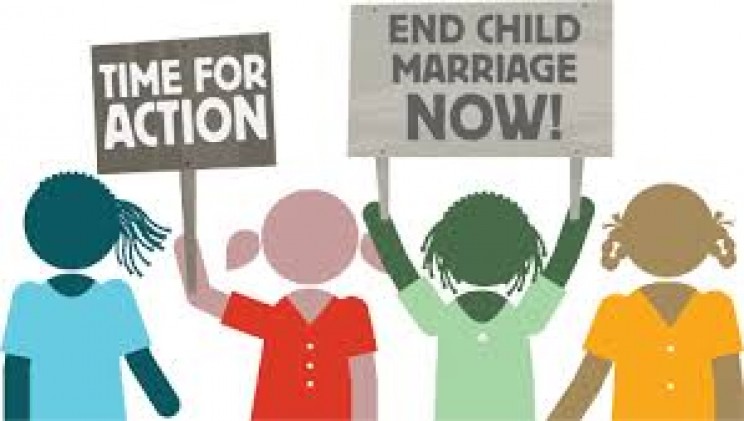 
Snapshot of our findings:

1/ Storytelling can get individuals, communities and society as a whole talking about child marriage
Capturing people’s attention through quality entertainment is a way of addressing highly complex issues in a subtle and culturally sensitive way. It can help in questioning and shaping the norms around harmful practices such as child marriage.

2/ Research the social norms, stigmas and misconceptions around child marriage
What influences people’s behaviours in their day-to-day life? What are the norms, values and stigmas that drive families to marry their daughters? Researching these questions has been crucial to the success of the projects we examined.
In India, for instance, girls are viewed as an economic burden to be married off. To resonate with the public, a TV or radio show must address this narrative. “So we want, for example, the mothers to see value in asking the girls to their school homework rather than asking her to help with the household [chores]. We want the father to see value in investing in her education [rather] than in dowry. The girls see value in getting educated [...] rather than just getting married and be somebody’s wife.”

3/ Use characters to target specific audiences
By definition, a mass media drama will reach a large group of people. But it is possible to target specific audiences through the show’s characters.
In some regions, portraying parents as key characters who come to learn of the harmful impacts of child marriage and then change their behaviours will make sense. But in Nepal, where child marriage is often the result of teenagers eloping, the emphasis might need to be on adolescent boys and girls instead.

4/ Your initiative is more likely to succeed if it’s based on behaviour change theory
It takes the right team to create compelling media programmes that can also change social norms. You need creative professionals who can write compelling storylines as much as you need social change professionals that understand behaviour change theory behind it.
This seemed to be one of the main challenges, as one responded explained: “It is a very different way of writing drama. Because you are a good dramatic practitioner, because you can write, does not mean that you can necessarily understand and use this [entertainment-education] methodology. It is tough!”

5/ It may be expensive at first, but cost effective in the long run
Initial costs may be high, but once your programme is running the costs can be minimal. As one interviewee says, “It is the most cost effective approach that we have…it may be more money upfront and time upfront, but if you can make something that is popular, hits a nerve, or gets people excited, it is all worth it.”

6/ Make your intervention evidence-based and measure progress along the way
Measuring social change is difficult but possible. Carry out a baseline study at the beginning to understand what you are hoping to change. Document how the project prompts discussion and encourages changes in awareness and attitudes throughout its run and once it is over.
At the end of its first season, for instance, the Indian television series Main Kuch Bhi Kar Sakhi Hoon (“I, a woman, can achieve anything”) surveyed viewers. The results showed an increase in knowledge on the harmful consequences of child marriage, and the laws in place to address it.

« In the spotlight » Groen is doen
Terug naar het projectoverzicht